You Couldn't Make This Stuff Up - Naked Man Bites Police

Real News Can Be Stranger Than Fiction 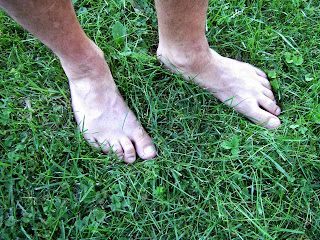 I'm the kind of person that finds weird news stories fascinating. When I come across one that strikes me as particularly bizarre I clip it out and keep it. I'm not sure why. It's not like I can use any of this stuff in a story. No one would believe it.

Back in March of this year I came across a story from Eastern Canada. I've included the link for a version of the story, though it's not the version I read back then. The salient points are here though.

A man in his twenties wandered down the street, wearing nothing but a pair of socks. He knocked on the door of a house belonging to a senior and when the door was answered, entered the house and sat on the couch. He confessed he'd taken some "drugs" and asked to go to the hospital. When the police arrived he went willingly with them to the hospital, wearing his socks and a bathrobe the homeowner provided.

At the hospital the man began jumping up and down on a gurney and when police tried to stop him he bit two of them on the forearm. Apparently the homeowner was not injured in anyway and the police officers' wounds were minor.

After reading this story I had a couple of questions. How on earth did a naked twenty-something man manage to wander around without attracting any attention? Believe me I'm always checking and I'd notice if a naked guy was wandering around in my neighborhood.

Did the homeowner get his bathrobe back? What did he talk about with his visitor while waiting for the police? Maybe the conversation went something like this:

Homeowner:  "Someone will be here to pick you up shortly. Why don't you have a seat while you wait?"

Homeowner:  "On second thought— No. Don't sit down just yet. Aren't you cold? Why don't you slip into this lovely fuzzy bathrobe?"

I'm treating this lightly, but I do remember in the original news story the homeowner said he was not frightened and that the young man was polite and well mannered. At least until he got to the hospital.

Honestly, you couldn't make this stuff up. Well, maybe you could, but as a writer I wouldn't recommend it.