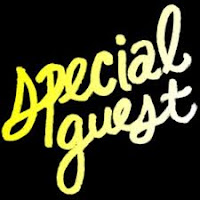 Plotting by my pants? How my best laid writing plans go awry.

Like many writers, I’m often asked the question – are you a plotter or a panster? In other words, do you plan your stories carefully before you write, or do you just sit down, type “by the seat of your pants,” and see what happens.

Though there’s no right or wrong way to do things, as a rule, I’m a plotter. I normally have a strong idea where my story is going to go when I start it, and I love brainstorming an idea before I begin.  In fact, that’s one of my favourite stages of the process, and that’s where the surprises usually happen. Indeed, my imagination often veers off in totally opposite directions to where I expected. A good example of this is my short story, Prisoner of the Mountain Watch, which is released for free on All Romance and Amazon this week.  The original idea was inspired by a tiny eighteenth toll house near a country house in Dorset. I fancied writing an m/m romance about the toll keeper, and a regular user of the road—maybe a duke, or a sexy highwayman. I hadn’t yet decided. Yet when I came to plan my story, I wasn’t really in a historical fiction mind-set, more of a swords and sorcery and fantasy mind-set.  So my tollhouse magically transformed into a watch house on a road through some mountains, and the watch house keeper isn’t romancing a highwayman, but an enemy elf. By the time I put pen to paper, I was not where I expected to be at all.

However, even my best laid plans don’t always come off.  My first Greenwood novel, Bound for the Forest, is almost totally set in a fantasy forest and has a fairly sizzling heat level.  However, it started life as a response to a call for a sweet romance with low heat rating. The opening scene, involving soldier Melmoth Brien returning to his ancestral home to discover the mysterious Scarlet trying to burn it down, was originally set in a city. Scarlet wasn’t particularly mysterious either. He was the mayor’s disaffected son, and he was called Mark.  But the old beginning didn’t really work, and I realized I wanted to set the story in a magic forest, so I started again.  After that, Bound for the Forest ended up being the most pantser plot I’ve ever written, and the heat level was so scorching I ended up picking a new publisher to send it to.

So, what am I really? Plotter or pantser?  Well, a bit of both, obviously—but that’s the joy of writing.  You never quite know where the journey is going to take you, but it’s usually a hell of a fun ride.

My short m/m fantasy story, Prisoner of the Mountain Watch, is available to download now. 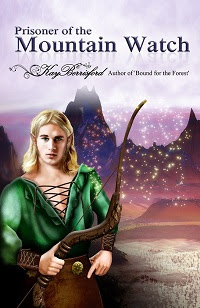 Blurb: Once a great warrior, Ivenhal now leads a lonely existence, banished by his people because he’s lain with other men. When he captures an enemy elf, his life takes an unexpected turn.


Get it for free now:
Amazon
All Romance Ebooks

Robin’s band of brothers is broken. Now a lone warrior, he denies his famous name and laments the friends and lovers he’s lost. When the fair folk capture Cal, a beautiful young forester descended from the Greenwood’s ancient protectors, Robin rescues him and forges a new alliance.

Despite a sizzling attraction, Robin senses Cal isn’t like his old comrades, and he’s right. Cal’s been raised as a royal spy. He plans to seduce and betray Robin, but can’t harm the man he’s falling hard for. Mistrust and arguments spill into passionate lovemaking, as Cal learns the meaning of loyalty, fighting beside Robin, the only friend he’s ever known. Even the enchanted forest seeks to bind Robin and the returned protector ever tighter.

Their connection will be tested by nature’s wildest forces, Robin’s past, Cal’s lies, and in a baron’s darkest dungeon. To survive, Robin and Cal must admit their love and embrace their true destinies. Only then can they save England and each other—and win their happiness ever after.

Thanks to Pender for letting me blog here today!

Posted by Pender Mackie at 9:06 AM