Years ago I started writing a romance about a man who met someone while managing a large Vancouver record store. I never finished because by the time I’d written the majority of the story it was already outdated.

Big, brick and mortar record store chains couldn’t compete with online music stores such as ITunes and were selling more DVDs than CDs. Smaller, independent stores were already going out of business and the bigger chain stores followed.

If you’re a reader, this probably sounds familiar.

But some funny things have happened since then.

Independent artists are enjoying an increase in popularity and sales, in part because it’s easy for fans to discover new artists, listen to (legal) free downloads on sites such as Auragasm and 3Hive and purchase music online.

For the first time in years, independent record stores are seeing an increase in sales. There are differing theories as to why, but I think there’s a least a couple of reasons. 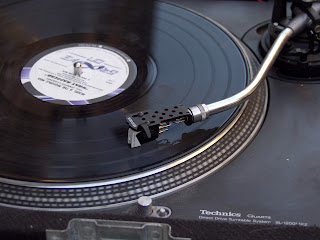 Young hipsters have discovered vinyl. They’re buying turntables and starting record collections. And in response, record labels are issuing high quality vinyl pressings of artists with enticements to purchase, such as colored vinyl and eye-pleasing artwork. 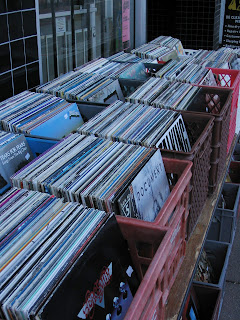 And then there’s Record Store Day.

If you’re a young hipster or an older dyed-in-the-wool audiophile, you already know all about Record Store Day, which is held annually on the third Saturday in April. This year it’s April 20th.

The idea for Record Store Day came about back in 2007 when a group of independent record store owners and employees thought up a way to celebrate brick and mortar, independently owned record stores.

The idea took off and all over the world participating stores have contests, special (often colored vinyl) releases, artist performances, even meet and greets.

Serious record collectors know colored vinyl is rare and therefore a big deal. And so do the artists.

As part of the 2013 celebration the White Stripes are releasing a 10th anniversary vinyl edition of Elephant in black, red and white. (Jack White of the White Stripes is this year’s Record Store Day ambassador.) This year Pink Floyd is releasing a 7” pressing of See Emily Play on pink vinyl.

As a music fan I’m excited about the reemergence of the local record store as well as the incredible range of music now available.

As a writer I’m hopeful something similar will happen in the publishing industry, however unlikely that may be.

Maybe it’s time to dust off my old manuscript. Instead of working for a big corporation my protagonist could have his own record store. Running his own business and all the trials and tribulations that can involve would add an extra dimension to the story. Huh, now I’m excited for a whole new reason.

If you’re a music fan living in the US you can go to Record Store Day 2013, and search to find out which stores are participating in your area, see a list of in-store events and special Record Store Day releases.

The links for Canada and the UK’s site are listed below, but the US site has links for several other countries too.

So have fun and support your local independent record store. I know I will.