The Next Big Thing

Last week Sue Holston tagged me for The Next Big Thing Blog Hop.

This blog hop is more like a game of Internet tag than a blog hop. Each week a writer (or several writers) answer ten questions about one of their stories and tags other writers for the following week. Caitlin Ricci was also tagged this week so be sure to check her out.

It’s fun to see how everyone answers the same questions in so many different ways and to read about upcoming stories. It makes me feel as if I’ve got the inside track on soon-to-be new releases.

Right, let’s get to the questions.

What is the working title of your book?
Stage Fright. When I started writing the story I was referring to it mentally as What Happens in Vegas… but I believe that phrase is trademarked so I changed the title.

I had this image of a male stripper jumping out of a birthday cake and falling in love with the birthday boy. I ended up writing something completely different for the birthday celebration, but the image and idea wouldn’t leave me alone.

In Stage Fright I’ve kept the male stripper, but Jesse Snowe works in a Las Vegas all-male revue and there is no birthday cake involved, edible or otherwise. I don’t think I’m giving away too much of the plot if I say Jesse falls for Val, the sexy new bartender. 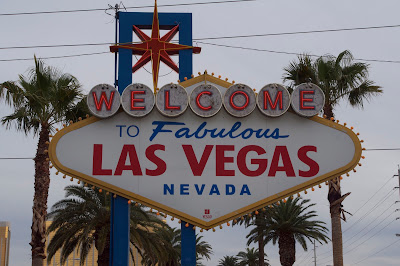 What genre does your book fall under?
It’s a contemporary M/M romance and a coming out story. There are some light-hearted moments, but Jesse struggles with coming out and the story includes themes of isolation and being true to yourself.

Which actors would you choose to play your characters in a movie rendition?
I don’t get to watch many movies these days so I don’t know anything about the latest crop of actors. Ideally, given Jesse’s profession, he’d be played by someone who can actually dance. Val’s the stoic, silent type so the actor that played him would have to be able to show a range of emotions through body language and subtle facial expressions. Any suggestions?

What is the one-sentence synopsis of your book?
Las Vegas dancer Jesse is comfortable strutting around taking his clothes off for drunken women, but if he wants a real relationship with the sexy, stoic new bartender, he may have to reveal more than just his body.

Will your book be self-published or represented by an agency?
Loose Id is publishing my novel. It’s in the final stages of editing now and the release date is set for late January. This is my first story with Loose Id and my first full-length novel so I’m ridiculously excited on both counts.

How long did it take you to write the first draft of your manuscript?
I’m a slow writer. I started in January of this year and finished in May.

What other books would you compare this story to within your genre?
I can’t think of any. There are several male stripper stories, but most seem to be erotica rather than romance. Don’t get me wrong, there are sex scenes in Stage Fright, but the primary focus of the story is Jesse and Val’s developing relationship. The sex scenes are part of the natural progression of that relationship. Of course I hope readers find those scenes romantic and sexy.

Who or what inspired you to write this book?
It was that one mental image of a male dancer popping out of a big, fake, birthday cake.

What else about your book might pique the reader's interest?
Stage Fright is set in Las Vegas. I hope readers who have been to Vegas will recognize its unique flavor and those that have never visited will find the setting interesting. Especially the scenes when Jesse is dancing in the all-male revue. *grins*

That's it folks. Thanks for stopping by and don't forget to check out Lily Sawyer, Anna Marie May and Lindsay Klug's blogs next week to find out what will be The Next Big Thing.

Posted by Pender Mackie at 7:00 AM 0 comments