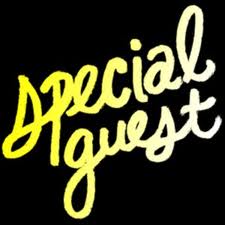 Today a special guest has dropped by to share an excerpt and tell us about her latest release. Welcome, S.A. Garcia.

When I first turned in “An Elf for All Centuries”, I wondered why the hell did I write such a crazy book. Surely the weird time travel supermodel elf story was going to bounce right into the dreaded rejection Dumpster.

Much to my delight, the acquisitions editor liked “An Elf for All Centuries” because the story was so different. She also liked that Prince Fabion, the shallow, self-centered supermodel, came to realize there was more to life than always caring about himself.

I remembered thinking, “wow, yes, Fabion does go through a serious transformation.”

In my having fun writing the comedic elements, the redemption element almost slipped under my writing radar.

I fully credit Fabion for discovering that he owned the spiritual capacity to grow. Wait, hold on, I think I waded in a little too deep into the aforementioned pool. Funny how the water returned to the depths. Here is a better description: by the novel’s end, Fabion wants to make other people happy. He wants to add to the new community he is now a part of in the nineteenth century, wants to help it grow.

Yes, Fabion did experience quite a change! Going from caring about if the hair is perfect to caring about other’s feeling is always a bonus in a character.

Aside from Fabion’s transformation, when I look at the novel, there are also environmental messages: saving the sea, stopping deforestation, global warming; not spelled out in blunt terms, but threaded throughout much of the novel. When the elves destroyed their contract with nature, all hell breaks lose.

Hmm, what are the humans currently doing to the earth?

There you go, as I chugged along, I never realize I was writing a radical book about self-transformation and the environment disguised as a romantic m/m comedy featuring an elven supermodel who saves the day. It just goes to show a writer never knows what will sneak up when the writing zone turns consuming. I love it!

Now for a sneak peak at “An Elf for All Centuries” which releases today, May 26th! Elven super model Prince Fabion's day is perfect until wizard Matradorian kidnaps him from his penthouse. Surprise, Fabion is a spiritual match for elf king Henda’s dead lover. Only he can save the dying Henda. The problem is Fabion lives in the thirty-ninth century. Henda lives in the nineteenth.

When he lands in the nineteenth century, Fabion controls himself from punching Matradorian, saves Henda and falls in instant lust with his romantic fantasy. After all, this is a romantic comedy.

When Fabion realizes his polluted, on the verge of ruin thirty-ninth century is gone, the super model pitches the temper tantrum of any century until he realizes sexy Henda accepts him as his true lover. Being the virile, handsome Henda's lover fills Fabion's emotional gap. Despite the lack of facials and hot water, the former super model adapts to living in the backwards century.

Soon Fabion learns the nineteenth century is more dangerous than his vanished thirty-ninth century. Who wants to kill him now? And why?

One long, muddy finger pointed toward Mr. Fuckface's beaky nose. "Listen, pal, send me back right-the-fuck now. You are mondo screwed. You mess with an endangered species. I don't understand why the fuck you are doing this to me, but you need to ship me back to my penthouse now!" Fabion's fingers clenched into filthy, nut-damaging fists.

To Fabion's satisfaction, the old fart held up his wrinkled left hand in what Fabion hoped was fear and not another spell designed to send them somewhere worse like into a dragon's asshole.

"Fabion, pal, you gotta trust me here. Bother, we still use your century's nasty lingo." The wooden staff performed intricate passes at the cool air. "There, much better. Your horrible century possesses dreadful speech patterns. Everyone sounds like ignorant, common thugs!"

"Excuse me, we speak well enough, wait, what the fuck am I saying?" Fabion gaped in epic surprise at hearing Elvish speech emerge from his award-winning throat. Of course Fabion's family had forced him to learn the stuffy language, but he only used it with his elder relatives. Speaking it wasn't fashionable. The lingo made insane humans want to rip pointy ears from elven heads.

Fabion sensed that the wizard wanted to roll his eyes in annoyance. The old dude needed to lighten up on him. "Yes, son, duh, they speak Elvish in Atlantica. Ye Gods, when will I banish your century's stupid speech patterns from my mind? They're like sticky sap on a shoe heel."

"Are you fucking for real serious?" Whoops, he still mixed languages. The compromised mess sounded too weird. "We're supposedly in Atlantica? Dude, I told you that Atlantica no longer exists! What remains is a high-tech vacation resort perched on the coast, but you can't swim in the polluted sea anymore unless you want to flash fry. I traveled there to encourage tourism. The glittery place looks nothing like this old-fashioned crap. I mean this strange old place is a forest."

Fabion let his head drop back. He stared up in dawning awe. Wow. "A real forest with fresh, green leaves, and healthy pine trees, geesh, they are big suckers, and—wait, is that actual sunlight? Is that real? No way, the light looks too bright and clean. The sun never shines in such mondo strength. Never." He peered around in suspicion. "Superior trick with the artificial lights." He returned his glare to the old prune. "Where are they? What is the light scam?"

The prune shook his head. "The sunlight is genuine. Now you understand the main problem. The real Atlantica no longer exists in your world because King Henda Naster faded into nothingness. He succumbed to his intense sorrow and drifted into an untimely death." The wizard shook his head. "Wait, no, I'm not saying this correctly. In strict theory, Atlantica shouldn't exist. No racial memory of the place should remain.

"Fabion, a terrible vision tormented me. I suffered your version of Pinar, and the warped sight scared the magical stuffing out of me. The noble continent prepares to destroy itself. The entire place is ready to fucking implode from the horrible pollution, famine, and societal unrest raging through the humans. Soon the entire place will vanish in deadly destruction. Everything will cease, because an insane human who cannot tolerate his existence will launch a bomb attack, which will launch another, which means hello fucking world demolition."

A frustrated frown creased the wizard's lips. "Your disgusting speech patterns still insist on infecting me. I never curse in the Common Tongue."

"Too fuckin' bad, crusty, you sound like me only older." Fabion pursed his lightly glossed lips. He controlled his urge to inflict mayhem. "Listen, old dude, before this insanity goes any farther, what is your name?"

"Matradorian? No, no way, dude! Are you fucking nuts? What kind of a stupid fairy tale have you drug me into?"

A deep, "why me?" sigh, worthy of an insulted mother, answered Fabion. The old man acted like someone had dropped a concrete brick on his messy head. What was his problem? Fabion was the one who deserved to bitch and moan about the kidnapping situation.

"Fabion, trust me, this land is real. I am real. You must listen to me: the Pinar you inhabit is a tragic mistake. You are the mistake, the fairy tale, the disastrous aberration in the grand scheme of things. Your Pinar should no longer exist. Something went horribly wrong and evolution took a dreadful detour toward disaster. Also, I hate to tell you this depressing news, but elves should no longer exist. Elves should be long gone and humans should rule in a reasonable, sound manner. Elves inhabiting Pinar is abnormal!"

The silky hair bristled on the back of Fabion's graceful neck. "Pfftthh, pal, I have encountered plenty of filthy humans who think the same thing! That's why the few intelligent humans passed laws making elves an endangered species. We're special, and wackos get their sick kicks killing us. Their hatred makes me barf."

Thanks for reading and thanks for Pender for having me here today!

I can never decide between red or white wine. The same applies to my art: creating visual art and word art occupied my professional life until in 2009 word art triumphed. Six published novellas and novels later, my life is a fun quandary of too many stories hindered by slow typing skills. I accept the challenge.

An Elf for All Centuries

Email ThisBlogThis!Share to TwitterShare to FacebookShare to Pinterest
Labels: An Elf for All Centuries, guest blog, S.A. Garcia