So I was wondering, how long will it be before we see International GLBTQ Day? 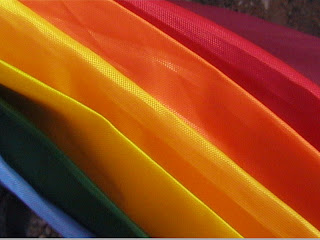 I was hoping it wouldn’t take long. We already have International Day Against Homophobia and Transphobia (IDAHO) on May 17th every year. I know the 17th of May was chosen because on May 17th 1990, the World Health Organization (WHO) removed homosexuality from their list of mental disorders.

Right now the United Nations Human Rights Council is meeting with member countries to address the issues of violence and discrimination against homosexuals and lesbians. United Nations Secretary-General Ban Ki-Moon’s opening address to the panel via video filled me with optimism.

Then I saw on Reuters that several African and Islamic countries walked out of the panel and I read that of the one hundred seventy-two member countries of the United Nations, seventy-six still have legislation criminalizing homosexual sex. http://af.reuters.com/article/topNews/

I believe we will see an International GLBTQ Day. But it might take longer than I’d hoped.