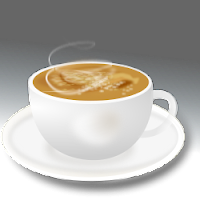 The story is set in a coffee shop and takes place over the course of an evening. It's a sweet romance—so no sex. :)

To celebrate Wishful Thinking's release I'm giving away a PDF copy. All you have to do is leave a comment telling me what you order when you visit your local coffee shop.

If you don't drink coffee, tell me what you do like to drink. Comment before midnight November 19th (PST) and don't forget to leave your email address in case you're the winner.

I'll announce the winner here on this blog on November 20th. 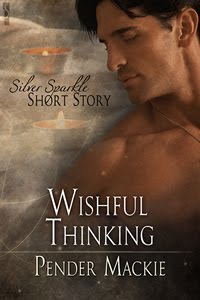 Here's the blurb and excerpt:

Quiet, reserved Derrick has never had a date. That doesn’t stop him from wishing and dreaming, especially when he’s working a boring shift at the coffee shop. On a cold, rainy evening, the shop is deserted, and Derrick daydreams about his fantasy boyfriend, Rory, a fellow university student. Derrick doesn’t know much about Rory. They’re not in the same classes. They’ve never even talked.

When Rory is his last customer of the night, Derrick comes face to face with the man of his dreams. The real Rory is even better than the fantasy and he wants more than coffee… he wants Derrick. By the end of his shift, Derrick will find out if all his fantasies can come true.

I looked up automatically when a figure walked past the front window of the coffee shop. The person kept going—head down, huddled under an umbrella—thank God.
I didn't want any more customers this near to closing time. My current customers looked as if they were finally getting ready to leave.

They were a young couple that had probably just started dating. They'd spent their entire time in the shop sitting quietly, holding hands, and staring dreamily into each other's eyes. They were so wrapped up in each other, I could have tap-danced on the counter and they wouldn't have noticed.

Not that I'd be likely to dance on the counter. I'm too introverted to draw that kind of attention to myself.

I'd be relieved when they left and not just because it was almost time to close. That level of mutual adoration is hard to take when you're single. Especially when you're pretty sure you're going to remain single, at least for the foreseeable future.

I pretended not to watch as the girl reached up and gently touched her boyfriend's face. He turned his head and kissed her palm. I envied them. I wanted that kind of intimacy with someone special.

I hadn't actually ever been on a date. The closest I'd been to dating was sneaking into the dugout at the neighborhood baseball diamond with Jaden Agostini a few times, back when we were both fifteen. I didn't think a couple of fumbling kisses and a quick mutual grope session met the official definition of a date. Even if it did, that had been over four years ago.

Four years without a date is a pretty sad state of affairs for anyone, but I'm kind of shy until I get to know someone. If I didn't feel so awkward around new people, it would be easier to meet a guy, talk to him, get to know him, maybe work up the nerve to ask him out.

I had a particular person in mind, but that was wishful thinking. It would never happen. Even if I had the confidence to talk to him, to dazzle him with my knowledge of obscure sci-fi trivia or my unusual sense of humor, he was far too friendly and outgoing to be interested in someone quiet like me.

The shop's door opened. A current of cold, wet air and a few aggressive raindrops escorted a last-minute customer across the threshold. The heavy rain had kept most people home tonight. I hadn't had any customers other than the lovebirds and now this guy, dripping his way across the floor.

Damn. Now that he was here, even if the couple left, I wouldn’t be able to close up a few minutes early. I'd be stuck here right up to the last minute. That would suck because I'd miss the ten o'clock bus and have to wait a half hour for the next one.

I didn't normally try to cut out early, but I had a paper due before the weekend and I was scheduled to work almost every night this week. I'm not supposed to be doing homework when I'm working, even if the place is completely devoid of customers, but if I'd ignored the rules and brought my computer, I could have at least proofed the completed part of my paper. I'd left my laptop at the dorm though, so instead of being productive, I'd spent almost my entire shift hoping for diehard coffee addicts to keep me busy, and daydreaming about my fantasy boyfriend.

Of course, now, when it was least convenient, I finally had the customers I'd wished for.
I leaned on the counter and watched resignedly as my latest patron took his time getting settled at the table in the corner—the big one with the L-shaped bench and all the cushions. Even though he was short and slim and wearing a hooded raincoat, which hid his face, I knew it was a 'he' and not a 'her' by the clothes and the build. He had a backpack too, so it didn't take a rocket scientist to figure out he was a student.

Double damn. The coffee shop was close to the university. I'd served lots of students. They always ordered something inexpensive and then sat for hours pretending to study or reading the out-of-date magazines. Now I'd never catch the ten o'clock bus.

He took off the backpack and casually slung it onto a chair on the far side of the table, across from the bench. He peeled himself out of his sopping-wet jacket and hung it over the back of the chair. Then he straightened and shook his hair out as if he were a wet dog.
As I stared at my customer my heart stopped, then started up again. It raced along as if I'd just guzzled a triple espresso.

I knew him. Well, technically I didn't know him, but I knew who he was. I'd seen him around. Seen him on the university's campus, hanging out, talking and laughing with his friends in the cafeteria or walking to class.

He was my fantasy boyfriend.


Don't forget to leave a comment (and email address) for your chance to win a copy.
Posted by Pender Mackie at 6:28 PM